Over 1,300 Scottish charities will share a “magnificent” £7 million raised after a record-breaking 25,000 heroes took part in this year’s Kiltwalks in Glasgow, Aberdeen, Dundee and Edinburgh.

The walkers raised £5 million in sponsorship, with a further £2 million donated by Sir Tom Hunter and The Hunter Foundation.

The £7 million is being distributed between 1,302 charities, large and small, helping them to carry out important work in communities all over Scotland, supporting those in need.

To celebrate the landmark total, Sir Tom Hunter met with the ‘Magnificent Seven’ – a group of seven Kiltwalk superstars, who made a significant contribution towards the success of this year’s events.

Among the group who gathered at Radisson RED’s Sky Bar, which overlooks part of the Glasgow route, were several Scottish charities that have benefited from the £7 million raised, including the largest, Glasgow Children’s Hospital Charity and one of the smallest, “Coats for Kids” from Renfrewshire.

Sir Tom said: “To raise £7 million for so many brilliant Scottish charities is an incredible achievement.

“I can’t begin to describe how proud I am that we managed to attract 25,000 Kiltwalkers this year. The £5 million from the walkers and their families and friends plus our 40% top-up will make a tremendous difference to those in need.  It’s a privilege to make that difference and we’re hoping this growing Kiltwalk movement will achieve even more next year.

“Although this year’s results are fantastic, our work doesn’t stop here. With 2020 approaching, I’d like to challenge even more people to join us next year and make an even bigger difference to the charities and causes they care about by donning a wee bit of tartan and taking a walk!”

Among the hundreds of charities that benefited from Kiltwalk’s fundraising was Coats for Kids, a Renfrewshire-based charity which provided over 500 coats to babies and children in the West of Scotland. 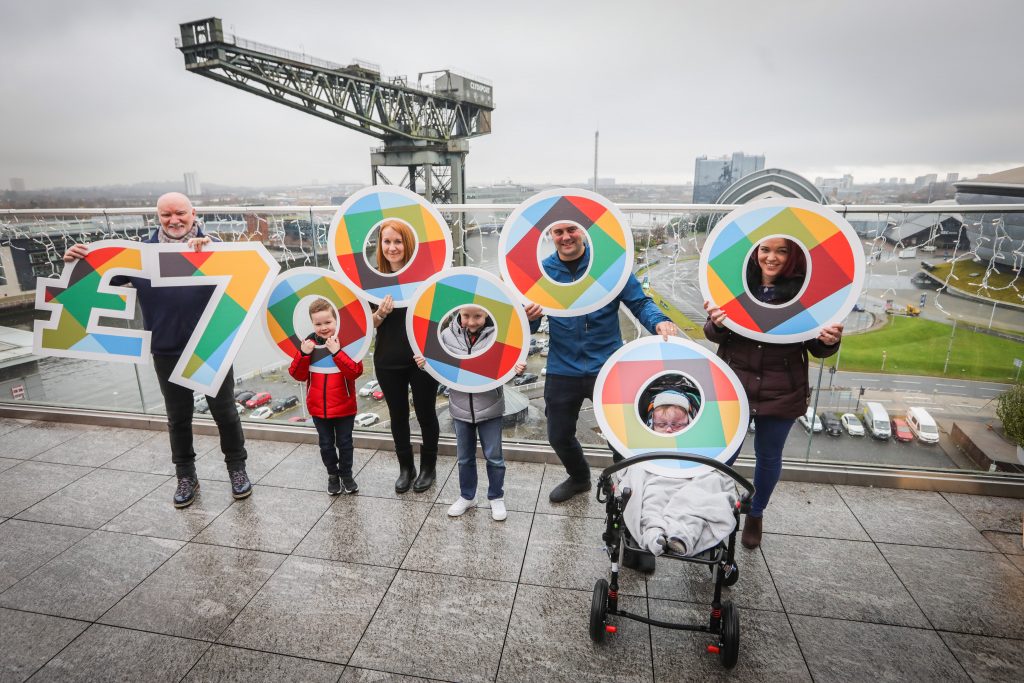 The event was named as the UK’s fifth biggest mass participation fundraising event.

Kiltwalk recently hosted a pop-up event in Dumfries, where an additional 500 walkers raised thousands of pounds for local charities.

“The Royal Bank has been a supporter of the Kiltwalk since the start and thousands of colleagues, their families and friends have given their time to take part in and volunteer each year to help make the events such a success.

“During the last five years Royal Bank of Scotland staff donned tartan and helped raise more than £1m for Scottish charities. This year the bank made the Kiltwalk a key part of our drive to raise £4.5m and give 100,000 hours of work time to good causes across the country.

“Whether in Dundee, Aberdeen, Glasgow, Edinburgh or Dumfries, colleagues and the communities they serve have taken the Kiltwalk to their hearts and we are pleased to continue to offer our support for another year.”

Eddie Hawthorne, CEO and group managing director of Arnold Clark, said: “We are extremely proud to be striding into our fifth year as Platinum sponsors of the Kiltwalk. This isn’t just a financial commitment for Arnold Clark as a business. Our employees, customers and directors love being involved – the Kiltwalk gives them a way to champion the causes that matter to them.

“Over 350 of our employees have taken part so far, raising a phenomenal £440,000 over the years. In 2020, we’ll be building on the incredible momentum this partnership has gained, with more giveaways to encourage participation, and of course, all of us at Arnold Clark will be with the Kiltwalk every step of the way – including me!”

Next year, Kiltwalk supported by the Royal Bank of Scotland and Arnold Clark with The Hunter Foundation will take place on:

To find out more or to sign up, visit https://www.thekiltwalk.co.uk/